on his major label debut, ‘xo’, smith became an ambitious arranger & studio craftsman of his lushly textured songs & on ‘figure8’, he continues in that direction.

he fuses his melancholy, slightly punky folk with the rich sonics of pop artists like the Beatles & Beach Boys on this even more musically detailed effort laden with orchestrations & inventive production touches. although his lyrics are as dark as ever with the subject matter staying in familiar territory, the backing tracks are another matter - a gorgeous, sweeping kaleidoscope of layered instruments & sonic textures. Smith fleshes his songs out with assurance & imagination & his newfound sense of mastery is ultimately the record's real emphasis. 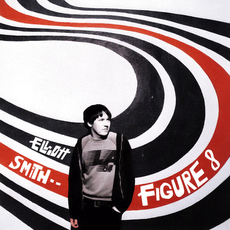