'Solid Air' (whose title track was written for John Martyn's friend, songwriter Nick Drake) is one of the defining moments in British folk, in the same league as Fairport Convention's 'Liege & Lief', Richard & Linda Thompson's 'Shoot Out the Lights' & michael Chapman's 'Rainmaker'.

Martyn stepped out of his comfort zone to record & produce it, including not only jazz & blues but rock & plenty of sound effects & featuring Rhodes piano on some of its tracks, dismaying some fans while winning loads more for its genre-blurring presentation. A number of its cuts - such as the title track, 'Over the Hill', 'I'd Rather Be the Devil' & 'May You Never' - remained staples in his live sets until the end of his life. 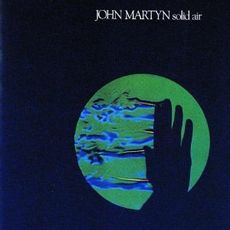