although Walker dropped out of the British Top Ten with his fourth album, the result was probably his finest '60s LP.

opening song 'The Seventh Seal' is a sweeping, ambitious masterpiece set against a haunting Ennio Morricone-style arrangement. 'Boy Child' is an elegiac, beautifully moving number that would appeal to Richard Hawley fans. this is the first Walker album to feature entirely original material, and his songwriting is more lucid and cutting. 'The Old Man's Back Again' also echoes Morricone, and tackles no less ambitious a lyrical palette; "dedicated to the neo-Stalinist regime," the "old man" of this song was supposedly Josef Stalin. 'Hero of the War' is also one of Walker's better vignettes, serenading his war hero with a cryptic mix of tribute and irony. Other songs show engaging folk, country, and soul influences that were largely buried on his previous solo albums. 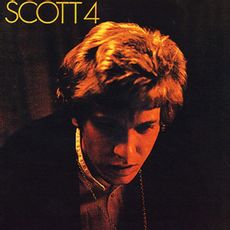