builds upon the sparse instrumentation & loop-based vocal arrangements of her debut.

the 2nd self-released record from the by brooklyn-based artist has been made more widely available at last. the effect of her melodic vocal overdubs & vocal percussion has been described as fascinating & dizzying, as sounds become indecipherable as the human voice. 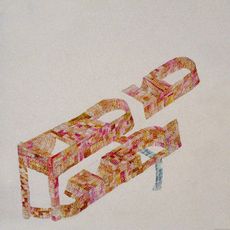