tales from the barrel house

an entirely self-produced effort, with mr lakeman playing everything. his bow-shredding violin riffs are there, together with his driving guitar rhythms, but it's the primitive new sounds he's conjured up that give this album its atmospheric vibe - loads of what he calls "dirty viola," banjo, bouzouki, & a booming bass heartbeat from an old salvation army drum he rescued from a junkshop. “playing ever fiercer, more muscular variants of his west country tales. unhitched from a major label, he has opted for a starker, more contemplative approach & sounds the better for it.” 4/5 – the guardian. 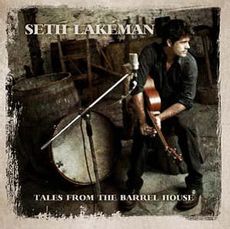