the most out-there hip-hop you will hear all year, deftly mixing the parts of dusty, raw vinyl loops dilla would've left behind with digital synths & his unique, diverse, smooth-toned flow.

a seismic collision of analogue & digital worlds, with deceptively hooky beats that double as sonic rabbit-holes, all of which cradle jae’s flow, a versatile instrument all of its own, skipping from rapid, focused deliveries to surprising melodic sing-a-longs, chopped-&-screwed slump & stream of consciousness brain floods. reworking some of 2011's 'rappayamatantra ep' but mainly comprised of brand new material, his unorthodox approach to hip-hop is addictive & ground breaking. highlights include the blunted, melancholy pop of 'seasons' & the shuffling rhythms & mean synthesised stutters of 'guns go off'.

jason says : “jeremiah jae channels the eccentricities of the left field of jazz masters and psych gurus to stunning effect on his first outing for brainfeeder. cosmic hip-hop of the highest order!!”

leo says: “dreamy & futuristic rap music, flitting between micro-cuts of soul, stuttering synths & rhythmic soundscapes in a thick, smoked out haze. at times it sounds like a lo-fi fly lo & others like the snippets of sound before & after what dilla took from a sample” 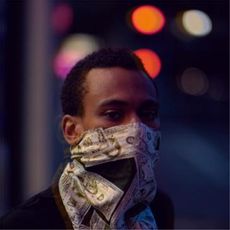