The latest in the popular songwriter series spotlights Tommy Boyce and Bobby Hart, the duo best known for the two-dozen Beatles-ish folk-rock numbers they wrote for the Monkees.

Friends since the late 1950s, Boyce and Hart began writing together in earnest in 1963. They made their breakthrough the following year with 'Lazy Elsie Molly' (a Top 40 hit for Chubby Checker) and 'Come A Little Bit Closer' (a #3 record for Jay & the Americans). The twosome reached the apex of their success and creativity in 1966, writing for and producing the Monkees; three of their best recordings are here. A further six songs popularised by the group are featured in less frequently heard but equally good versions! 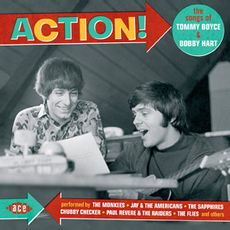