One of the most ambitious debuts in rock history, 'Freak Out!' was a seminal concept album that somehow foreshadowed both art rock & punk at the same time.

Its four LP sides deconstruct rock conventions right & left, eventually pushing into territory inspired by avant-garde classical composers. Yet the album is sequenced in an accessibly logical progression; the first half is dedicated to catchy, satirical pop/rock songs that question assumptions about pop music, setting the tone for the radical new directions of the second half. while his myriad directions often produced more sophisticated work, Freak Out!' contains at least the rudiments of almost everything that followed, and few of Zappa's records can match its excitement over its own sense of possibility. 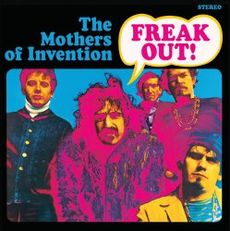