Drawing on the upheaval of the all-too-recent London riots & staring down the current international economic crisis, the album is an earnest critique of current injustices, & like all great dub music is also potently enjoyable. Echoes of the UK’s hyperactive electronic underground can be heard through the album, & Sherwood’s recent time spent with such young luminaries as Kode 9, Pinch, Digital Mystikz & The Bug have no doubt played an energizing role. However, even stronger is the post-punk lineage of the On-U aesthetic & the mythical mixing approach he has evolved over the years. A swirling maelstrom of skull-shaking, heavy electronic tones & masterful deployment of breathing space & alien echo, accompanied by sherwood's own vocals. 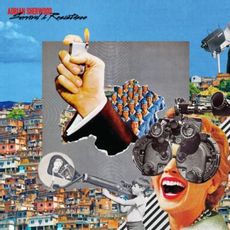