reissue of drake's 1970 2nd album, a clear development from his debut, arrangements came from members of fairport convention & john cale.

starting with the elegant instrumental 'introduction', as lovely a mood-setting piece as one would want, 'bryter layter' indulges in a more playful sound at many points, showing that drake was far from being a constant king of depression. while his performances remain generally low-key & his voice quietly passionate, the arrangements & surrounding musicians add a considerable amount of pep, as on the jazzy groove of the lengthy 'poor boy'. deluxe audiophile boxset is pressed on heavyweight virgin vinyl, with the original packaging replicated & additional items (such as handwritten lyrics) collected in a large clamshell-style box. 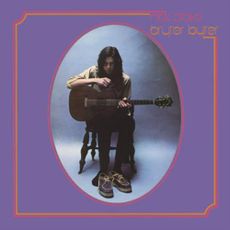