A World Out Of Time


the spaced out portland quintet juxtapose expansive improvised sections with epic psych passages & their most deliberate material yet.

as opposed to previous efforts, which were culled from many hours of recordings, this one was recorded as a whole. the resulting record, while not restricted to the four minute song, has the focus & the flow that only music conceived as a narrative can. taking inspiration from groups like faust & algarnas tradgard, the album unfolds as a collage, the most salient elements of their sound sewn into a seamless patchwork. 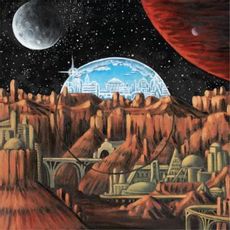