jesca presents the songs from her 1st studio album 'kismet' in a stripped down bare bones fashion, captured in live performance.

retaining 4 of the songs that formed the ‘kismet acoustic ep’, which introduced jesca to the uk in 2008, she now completes the batch with the remaining 6 songs from her debut record ‘as live’ recordings. this acoustic simplistic incarnation re-evokes the combination of 2 acoustic guitars & 3 voices that represents many of her live performances. the arrangement brings focus to hoop's exceptional song craft & vocal performance. added to this are 2 previously unheard tracks - 'paradise' & 'worried mind'. 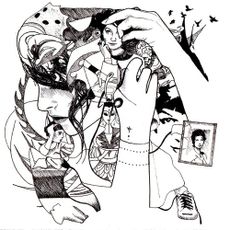