oddly pleasant singing, in-the-red fingerpicking, twisting swells of feedback, totally pounding drums, & kraut-like zen; this timeless record from 2009 is back in an expanded version for 2013.

fans of kurt vile’s previous work cried into their pillows & accused him of selling out the bedroom rock scene, while the initiated few knew he’d been doing it for years… plugging in with a full-on rock band called the violators & gigging in all corners of philly. with baritone guitar / bassist adam granduciel, rodeo slide & fuzz guitar from jesse turbo & perfect percussion from mike zeng, the violators are vile’s crazy horse, slugging it out with him when he feels like playing with a full band. this special 2013 pressing comes with a digital download coupon that features bonus live material. “a dirgelike, dour crash of gales of half-regarded, stately jangle into a pile of shakers & tambourines. it’s a three-chord wander, topping out the monochord raga of ‘good lookin out,’ & it could also pass for a lost shoegaze classic of ’92.” - still single. 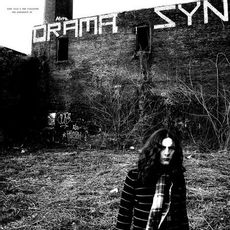