bill fay was thrust back into the spotlight with last years incredible 'life is people', and this great set should satisfy the pangs of anyone hungry for more.The first CD, titled Piano, Guitar, Bass & Drums, consists of studio recordings, sourced from archival tapes, with Ray Russell on guitar, Alan Rushton on drums and Daryl Runswick on bass. The 1970 tracks are prior to the recording of the Time of the Last Persecution album and contain alternative versions of songs on that album, two tracks from Fay's self-titled debut album, and previously unreleased songs. The 1971 material is also previously unreleased. The second CD, Still Some Light, is a home-recorded studio album from 2009. 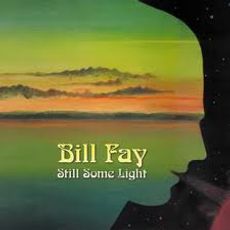