‘Bows + Arrows’ fuses the band’s early heady atmosphere with their angular rock into songs that are equally noisy, dreamy, angry & romantic & though even their loudest songs still have a foggy distance to them, the album includes several tracks that rock much harder than anything the Walkmen have done since their Jonathan Fire*Eater & Recoys days.

their 2nd album (2004), certainly doesn't sound like your typical major-label debut & Although it's tighter & more polished than the brilliantly shambling ‘Everyone Who Pretended to Like Me Is Gone’, any worries about restraints on the band's creativity are dismissed by the first eerie-yet-warm strains of its opening track, ‘What's in It for Me’ - it's about as charmingly off-kilter as the band gets. undoubtedly one of the most important indie-rock albums in the last decade. 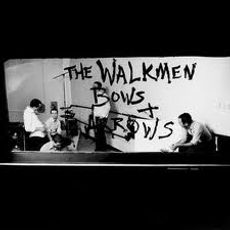