alone aboard the ark


expanding their arcadian, Baroque pop sound with a more diverse array of sounds & inventive orchestration, the band's 3rd album is another magical affair.

It was recorded at the North London Konk Studios of Kinks frontman Ray Davies - a long-time Leisure Society fan who also featured the band as part of his curation of last year's Meltdown Festival on the South Bank. Lyrically, 'Alone Aboard The Ark' is an album informed by a palette as eclectic as it's musical flesh. recorded on a 2“ tape machine & a 1970's mixing desk, the value of recording live, coupled with the band's minimal approach to arrangement, is borne out across this wonderful album. "this bundle of melancholic joy marks another successful milestone for the band" 7.5/10 - lineofbestfit. 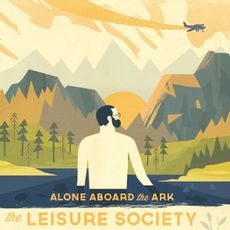