Mutual appreciation in time became a band, who debuted at the same festival the following year. From that came a recording, made in Dakar in 2011. The jazz rhythm section of drums & double bass is joined by Peul flute, kora & sabar drums in a seamless & imaginative cross-cultural exchange. Aside from his long career with French prog kings Magma, Goubert has followed his own exploratory jazz path, with a keen ear for world music. Cissoko has risen to prominence in the crowded kora field with his collaborative albums with German trumpeter Volker Goetze. 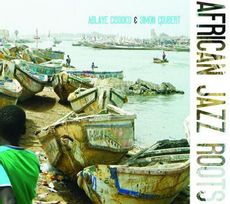