bolstered by a desire to explore new terrain, krlic has evolved his sound to incorporate more of his electronic influences. the result is an album awash with tension & as impressive as a sound design show reel as it is a work of art. it's as dark & doom laden as his debut, including more of the ominous strings, junkyard found sounds & primitive percussion that made 'the haxan cloak' so immersive & arresting, but he has surrounded these elements with the ebb & forceful pull of swirling electronic pulse in the form of kick drums or rounded sound waves. rhythms & ghostly melodies appear but with the effect of drifting or counting down to an ominous conclusion, rather than driving or superseding the effect of the hefty ambient drones. "an electronics-led close cousin to doom, drone & perhaps even goth...as if earth’s dylan carlson had been raised on claustrophobic trip-hop & industrial dub rather than sabbath & slayer" - drowned in sound. 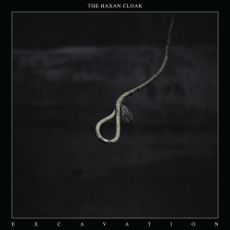