one of the most talked about records of the last year gets re-released with a bonus 10-track CD featuring un-released / live tracks & new inner-spread artwork.

an incredibly exciting band both live & on record, this lo-fi, retro-toned psych-pop london outfit have built their reputation on word of mouth & although this album was originally released nearly 2 years ago on vinyl, it is still building in reputation. steeped in a macabre aura, employing eerie vocal chants & furious garage rock outs, they switch from fuzzed out & corrosive gaarge rockers to spooky, haunting '50's sounding numbers. acid fried jams that will appeal to fans of amazing snakeheads, the fall, eagulls, the wytches or sleaford mods. 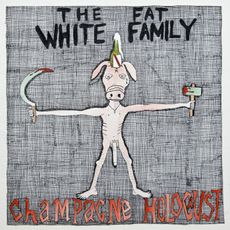