from opener ‘black mould’ (perhaps the first motorik influenced song about respiratory problems induced by inadequate building standards in new zealand) to the 18 minute closing behemoth ‘friendly society’ (almost certainly the only psychedelic epic named after the quaker movement), ‘fandango’ is un-coy about its lofty ambitions in an age of digital disposability. the album draws on the band’s collective love of the rock canon (dr john, black sabbath, the carpenters, can, talk talk, elo, television), but also from some of music’s more obscure corners (krautrock, kosmische & other progressive music from '70s europe & japan). check the balladeering yacht rock of ‘sideways glance’, the end-of-the-party psych-folk of ‘modern rock’, & ‘the captain’, a 3-minute slice of melancholic melodic joy. "psych-leaning haze-pop" - uncut. 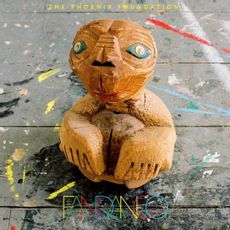