this lost classic from 1971 also explores a new sound influenced by memphis soul with a blend of electric & acoustic instruments. 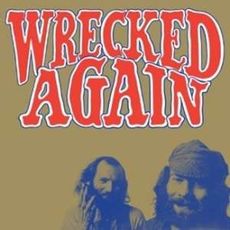