as you might expect from the name, this album hints at darker overtones. a headlong dive into the soul-baring territory where vital art is made, it takes all of baths' skills (production & songwriting) to a new level. even the prettiest songs, such as ‘no past lives’, which contrasts waves of lush electronics & beats with sprightly piano, & ‘ironworks’, which is decorated with almost frilly strings, have a crisper edge than anything on his debut. more often than not, ‘obsidian's coy & delicate moments collide with brash, blunt sounds & words like ideals meeting reality, & the mix of need & anger on the album's darkest moments is shockingly raw. 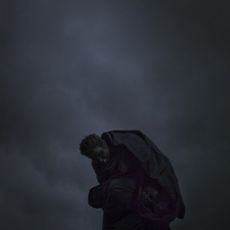