a brand new studio album from the heavy/thrash metal stalwarts who have been around for nearly three decades.

The follow-up to 2011's 'Th1rt3en' is once again produced by Johnny K & includes the brutal stomp of its title track & lead single, on which Mustaine's vocals snarl as menacingly as ever, while his guitar work is typically superb. despite selling more than 38 million albums worldwide, earning numerous accolades including 11 Grammy nominations, scoring five consecutive platinum albums (including 1992’s two-million-selling 'Countdown to Extinction'), Megadeth’s founder, leader & primal guitar-slinger & lyricist Dave Mustaine feels the best is yet to come. 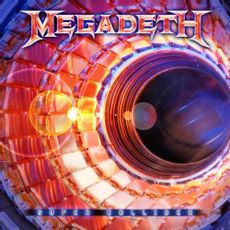