Lee Perry’s time at WIRL Records, later to be renamed Dynamic Sounds Studios, was a very productive time in his career.

Perry began his entry into the music business at the age of 16. Moving up to Kingston Town & working around various Sound Systems, before finding employment at Coxonne Dodd’s Studio One set up, in the late 50s early 60s. lack of musical credit & financial reward saw Perry move on to WIRL (West Indies Records Limited) Records, working alongside manager Clifford Rae. This period at WIRL saw some inspired work from Perry & this is a collection of music born out of a time spent there, providing an important chapter in Lee Perry’s career & indeed to the story of Reggae itself. 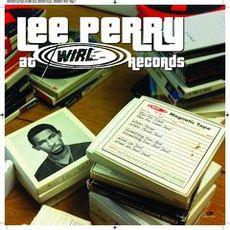