Wolf Alice, the quartet of Ellie Rowsell, Joel Amey, Theo Ellis & Joff, have found themselves slung into the limelight as one of the UK’s hottest new bands.

As one of the first songs Ellie ever wrote & quickly becoming a championed live favourite, 'Bros' still soars with its original & everlasting sentiments of childhood antics with the best of friends. Pulled gracefully through its acoustic beginnings by Joel's subtly quick-fire drumming & vocal harmonics, the song's realisation was so moving that it brought Joff to tears (true story). Graced by its tender guitar opening, Ellie's ode to her childhood friendship is perfectly accompanied by Joff's infectious guitar melodies, Joel's touching harmonies & a rousing, insatiable crescendo. 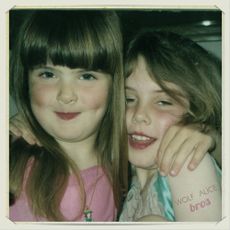