the weight of your love


the 4th album from the once joy division-esque alt-rick outfit is the first album to feature new members Justin Lockey & Elliott Williams following the departure of founding member Chris Urbanowicz.

Citing R.E.M. & Arcade Fire as influences, the Editors' sound here is straightforward rock with a combination of classic tones & Americana....but ultimately sharing the stadium rock sounds of u2 & the killers. Tom Smith has described ‘The Weight Of Your Love’ as ‘having a foot in that alt rock / Americana world’ & of ‘feeling untouchable at times’. Recorded mostly live, it contains their most direct songs to date & also features extra production from Clint Mansell on ‘Nothing’, rescored from the original to become the "centrepiece" of the album. "sky-eyed & pining towards Eighties alternative rock territory; the bristling, wired guitars, slow-builds & fingers of vivid electronic colour filtering through layers of gloom & despondency" - drowned in sound. 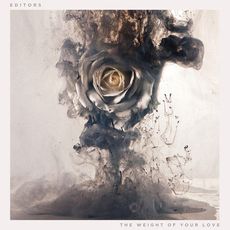