at once dissonant & melodic, noisy yet undeniably pop - On their debut full-length, the Western Massachusetts’ outfit manage a bit of magic by conjuring the spirits of classic American indie rock, while twisting those ghosts into new shapes.

It’s easy to hear the influences of Helium, Jawbox & Chavez on this album, as well as nods to their contemporaries including Grass is Green, Pile & Roomrunner. Sweet vocal harmonies run up against gnarly distortion, aided by basic, chunky bass parts & heavy drums. The album was recorded in a few days in November at Justin Pizzoferrato’s (Dinosaur Jr., Chelsea Light Moving) studio & Pizzoferrato’s collection of old distortion pedals were utilised on both the record’s guitars & vocals. 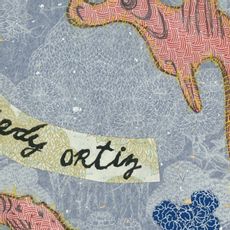