this pressing returns tim presely's debut of lysergic '60s visions back to the vinyl shelves for the 1st time since its 2010 release.

‘sara snow’ is a lovely bit of psych-leaning folk-rock, ‘destroy everything’ & ‘box disease/today bond’ are a pair of thundering into-the-red rockers, ‘slaughter on sunset strip’ makes inspired use of vintage distortion boxes, & the final numbers, ‘sick doctor blues’ & ‘be right too’ amble off into another consciousness with stoned good cheer. the undoubted highlight, though, is 'mr. adams', which uses the limitations of a home recording setup to produce a strikingly accurate re-creation of a mid-'60s garage rock record, & the results could probably be dropped into a random volume of the pebbles or teenage shutdown series with no one ever the wiser. 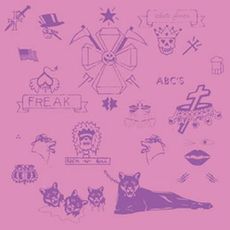