the 4th studio album from the Glasgow band is an exuberant, unencumbered record where they seem to have rediscovered the imagination, vitality & fun found on their classic, era-encapsulating debut.

the LP cements their status as a unique & adventurous British band, still daring & defiant. the painterly lyrical detail, heavyweight hooks, precise aesthetic vision & that uncanny ability to marry arch artistic sensibility with pop punch proves that there's still no-one quite like them. The breadth of influence, musicality & invention on show here is enormous. If this is unmistakably a Franz Ferdinand record, it is as much by virtue of its sonic daring & perfectly patch-worked eclecticism as the timeless songwriting flair that has long been their calling card. 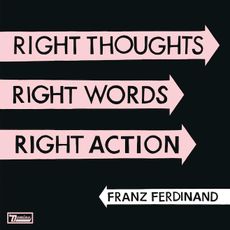