Drawing from the latter years of the Beggars Banquet recordings (1987-1989), this set features often overlooked albums and a compilation of singles and alternative takes.

‘the frenz experiment’ reverts to the original vinyl version with bonus 7” tracks at the end. the arrangements are spare & broken down to the essentials, with the distorted guitars brought down low, & wolstencroft’s drums high in the mix. marcia schofield had also joined the band to add keyboards. ‘i am kurious oranj’ keeps the vinyl track sequence & adds bonus tracks & alternative mixes at the end. the last thing most fall fans expected the group to do in 1988 was provide music for a ballet, but in fact this is what they did. ‘hit the north (parts 1 - 6)’ includes all 6 released versions (four have never been on cd & one not even on vinyl) as well as an unreleased instrumental track (just in case you wanted more). ‘singles 1987 - 1989’ is a new compilation of singles tracks & alternate / unreleased versions. ‘seminal live’ is a hybrid album, featuring 5 new studio songs followed by live recordings from 1988. 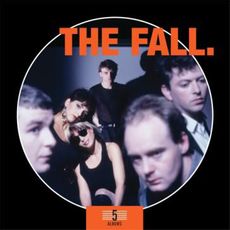