The Wave Pictures’ ebullient, sardonic pop, a mix of minor key ballads and rock ‘n’ roll harmonies, has established them as one of the UK’s great cult bands.

Double album ‘City Forgiveness’, from which this single is taken, is the band’s fifth studio album, released on the Moshi Moshi label. ‘Lisbon’ is a song, says lyricist and guitarist Dave Tattersall, that’s about “flying home to see your loved ones after a long trip… about the first cup of coffee on a day that has already been very long by 9 in the morning… about almond butter and about cuddles. It is a song about travelling, and the end of travelling. It’s a song about carrying a tune in your head, getting home and writing it down.” 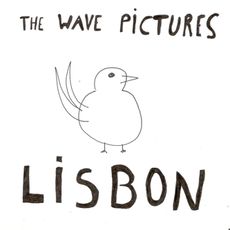