seasons in the abyss


After staking out new territory with the underrated 'South of Heaven', Slayer brought back some of the pounding speed of 'Reign in Blood' for their 3rd major-label album.

Essentially, 'Seasons' fuses its two predecessors, periodically kicking up the mid-tempo grooves of 'South of Heaven' with manic bursts of aggression. In fact, 'Seasons in the Abyss' is probably their most accessible album, displaying the full range of their abilities all in one place, with sharp, clean production. Lyrically, the band rarely turns to demonic visions of the afterlife anymore, preferring instead to find tangible horror in real life -- war, murder, human weakness. 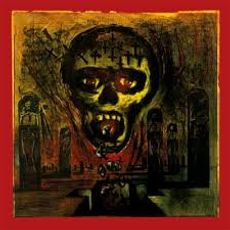