debut album from the danish pop star displays her soulful, electronic melodies that have been likened to the sound of grimes & twin shadow.

the 12 track album includes singles “pilgrim”, “waste of time” & diplo collaboration “xxx 88” & fuses glassy electro with influences from ‘80s new wave, hip-hop & icy, shimmering synth pop. the expanded 20 track vinyl version includes 4 extra original tracks, plus 4 stripped back ‘night versions’. for fans of the aforementioned & lorde, glasser or lykke li. "the energy of this debut is tangible. it's the equivalent of jumping round a bedroom & ending up in the stratosphere. loose-footedness pays off, in an album that wins out through sheer enthusiasm" 4/5 - this is fake diy "no mythologies to follow manages to twist & turn through a number of genres & styles, & ørsted's astonishing vocal ranges adapts itself to each & every one remarkably" - 405. 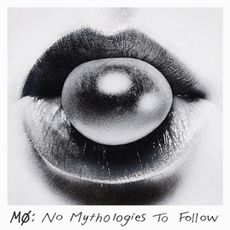