All are bathed in the distinct, murky atmosphere that was becoming a Black Ark trademark, then served up in the form of dub-like de-constructions. Vocals from numerous cuts seem to compete for their spot on the rhythm, while a dizzying mix of horns, flute & melodica swirl around them. Punctuating the song's rock-solid underbelly, Perry conjures startling thunderclaps from his mixing board. Other 'Super Ape' heavyweights include ‘Croaking Lizard’ & ‘Zion's Blood’: thick muscular constructs from the Upsetter session team. 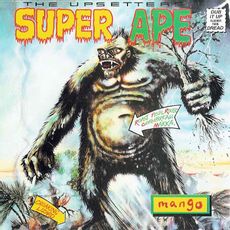