on his stunning new record, the prolific Mark Kozelek ploughs deeper, darker furrows than those he trod on 'among the leaves' (one of our top picks of 2012) & explores the theme of death, which plays an inextricable role in his music.

Guest musicians include Sonic Youth's Steve Shelley, Jen Wood (who has worked with the Postal Service), Will Oldham (Bonnie "Prince" Billy) & Owen Ashworth (formerly Casiotone for the Painfully Alone, now of Advance Base). it's a relatively sparse record where every note, every gentle strum & twang, every soft drum beat, every cracked vocal & every guest contribution is carefully placed to construct one of the most impressive records of his considerable output (this is his 6th album as sun kil moon album alone). for fans of early damien jurado, josh t.pearson or bill callahan. "brutally sad....but it never feels gratuitous or exploitative" 9/10 - uncut. 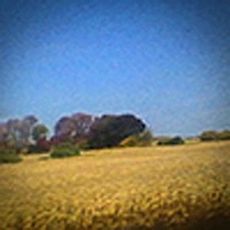