an immensely layered & emotive record which explores a whole new sound - the Baltimore duo have thrown a curve ball & dispensed with guitars altogether in favour of bass-heavy synth music.

Following extensive touring in support of their incredible 2011 release 'Civilian', Jenn Wasner & Andy Stack found themselves apart for the first time. Simultaneously but separately, the two began exploring new ways of writing. Jenn, having picked up the bass did not begin with her typical guitar & likewise Andy began to explore different ways of layering keyboards. The freedom of these new methods allowed for a new found emotional immediacy & the resulting record is likely to appeal to fans of polica or london grammar. "eerie melancholic folk rock" 8/10 - nme. 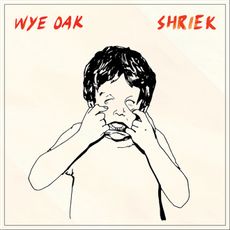