‘dumb luck’ pairs lightning speed Sabbath-esque riffery with their catchy, guitar driven stomp, ‘sprinkles’ is an intense wave of melody & rhythm that eventually breaks over the brief, funky middle 8, while ‘slow down’ is actually all breakneck speed hardcore riffery. their balance of guitar clout with catchy, accessible songwriting & sublime harmonies is very reminiscent of classic weezer, but these guys incorporate all sorts of other influences from across the rock spectrum into their concoction. "a stripped-down & straight ahead rock record. catchy verses collide into catchie choruses...it's an album that rarely veers from its indie-rock sound, but they are scientists: why change a winning formula?" 4/5 - q. 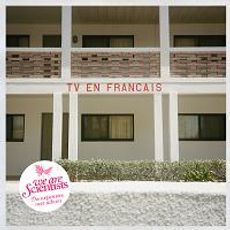