20 years on from its era-defining release Oasis’ debut still punches considerably above most of the imitators that have followed in its wake, with Noel Gallagher’s perfect pop songs encapsulating much of the best of British rock & roll.

This anniversary reissue remasters the original recordings, with the special editions featuring a raft of rare and unreleased material, from early demos to live recordings, and secures the band’s status for a new generation to discover. “like opening your bedroom curtains one morning and discovering that some f-er’s built the Taj Mahal in your back garden and then filled it with your favourite flavour of Angel Delight” 9/10 – the nme 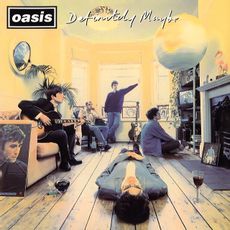