this compilation helps to point you in the direction of some of the best music from an often overlooked period from one of the greatest producers ever.

countless incredible records were made in kingston between 1968 & 1971 that has never been able to lose the stigma of being described as ‘skinhead reggae’ but in jamaica the term never meant anything. bunny lee’s aggro sounds were tougher then tough ,rougher then rough ,kicked like a ‘bovver’ boot & were sharper then a razor cut trim. raw, pure & undiluted every time...some even troubled the uk national charts. 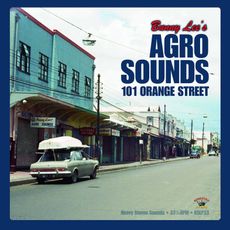