one of the most influential, innovative & successful groups in modern music, undergo an extensive reissue programme that sees all of their 9 studio albums in chronological order, remastered by guitarist & producer Jimmy Page.

Their songs are some of the most celebrated in rock ‘n’ roll history but no matter how many times you may have listened to their music, you’ve never heard Led Zeppelin like this before. each album features a 2nd disc of companion audio comprised entirely of unreleased music related to that album. The companion audio for 'Led Zeppelin' features a previously unreleased performance recorded on October 10, 1969 at the Olympia Theatre in Paris. The 9 song set includes 7 tracks from the album, with an epic 15-minute version of 'Dazed & Confused', as well as 'Heartbreaker' & 'Moby Dick', which would debut on 'Led Zeppelin II' later that month.

***The boxset contains the 2cd & 3lp versions of the album, download for the album and bonus tracks, numbered print of the original album artwork, replica of the original atlantic press kit & a hardback book containing rare photos and memorabilia*** 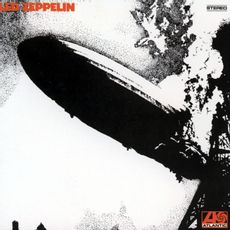