Mike Watt (Minutemen, fIREHOSE, The Stooges) & Sam Dook (The Go! Team) collaborate on an album that has grown over 8 years & several continents. Vocals come from both Watt and Dook, often within the same song, representing an unlikely pairing of throaty drawl & choir-boy purity that works magnificently. Guest vocals come in the form of the esteemed beat writer Charley Plymell & Kaori Tsuchida (The Go! Team), amongst others. 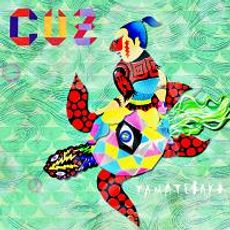