AND THEN YOU SHOOT YOUR COUSIN

Yet here they are with album #11, as tight an assembly of raps & jazz & innovative musicianship as ‘Things Fall Apart’ was 15 years ago. There’s a soundtrack vibe to ‘…and then you shoot your cousin,’ a sense of drama that matches the album’s satirical look at American violence and, like their career generally, ensures an appeal way beyond just fans of the genre. “Hip-hop's first legitimate band defies genres as well as comparisons… to create original, timeless hip-hop music” – About.com 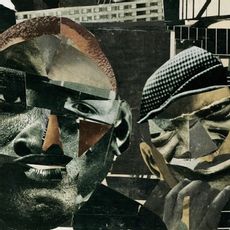