a pure sonic assault of unprecedented confidence & merciless brilliance which yokes the New York underground to American song in a way that has rarely been attempted since 'White Light/White Heat' by the Velvet Underground.

With her previous ensemble ‘The Be Good Tanyas’ Jolie Holland knotted a century of American song - jazz, blues, soul, rock & roll - into some stew that is impossible to categorise but here she ventures solo to create something of her own. Two drummers, sometimes as many as 3 or 4 electric guitars, horns of a sort that come out of free jazz & the No Wave scene as much as they come from soul music & a refreshing need, on Holland’s part, to sing out at the extreme of her range, above the squalling insatiable lullaby of the thing. For fans of Nick Cave, shannon wright, Wilco, Mountain Goats. 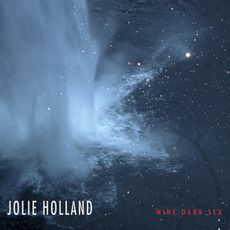