The latest incarnation of the ongoing experiment initiated by ex-Royal Trux legend Jennifer Herrema presents a lurid fantasia of a second album.

She is joined by Nadav Eisenman, Brian McKinley & Kurt Midness & together they work with machines to play music that is progressive, experimental & super-exciting. Black Bananas are on the lookout for a sound that exists chiefly in their fevered imaginations - a sonic cattle prod sneaking around the backside of your aural cortex to jolt you into magical thinking. The vivid production aims for psychotropic effect while the songs themselves encompass Zapp-like funk, Beck-ish (circa Midnight Vultures) electro-rock & a myriad dayglo styles in between. In an age of hybrids, Herrema's mob are true cross-breeders with a refreshing lack of values & a corresponding shortage of shame. "as good as royal trux are, they're starting to sound like prototypes for Herrema's current project." - the wire 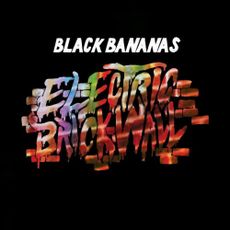