the debut 5 track up from the mystery-shrouded purveyor of expansive, noise-ridden instrumental works, whose influences are "abandoned spaces, white noise & sleep paralysis".

a fabulous introduction which will definitely appeal to fans of fuck buttons. "cuts are a trio that loom large in the music, where the buzz & hum of fed-back electronics get underscored by the undoubtedly sinister-feeling creep of industrial percussive mechanisms. Midway through opener, 'CUTS 01' (it only makes sense that the anonymous CUTS would title his tracks with catalogue-like numerics), for example, a burst of razing guitars cuts through the darkened layers, but can't quite escape the menace of the half-heard vocals beneath. That's not to say there aren't moments of light, rather that when they come - as with the lapping waves of feedback that finish off the second track, or the third's vocals, buoyed by a fuzzy upsurge - they're spectral, rung through with distortion" - the quietus. 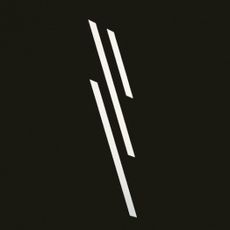