Danny & The Champions Of The World

However, this hits package captures what the studio recordings can’t quite convey – the raw passion & high energy of a Champs live show. “This is what we sound like right now & I’m thrilled we were able to capture that” - Danny George Wilson. Recorded live at a hugely sweaty sold out show at Camden Jazz Cafe, London on the 6th March 2014, featuring co-conspirators Trevor Moss & Hannah-Lou, you can either take this as a welcome reminder of a shit-hot show, or a harsh lesson on how you should never pass up an opportunity to catch these guys live. 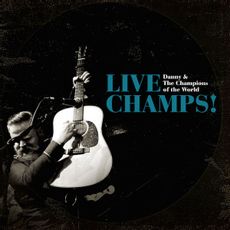