‘pom pom’ is unfiltered ariel, a pied piper of the absurd, with infectious tales of romance, murder, frog princes & jell-o. the record sees the los angeles native strike it out alone, returning to the solo moniker he has adopted for well over a decade when cementing his name as a king of pop perversion. however it is, contrastingly, a collaborative effort – especially on the bizarre & infantile songs like ‘jell-o’ & ‘plastic raincoats in the pig parade’, written with the legendary kim fowley in his hospital room during his recent battle with cancer. “a double set of unbridled, out-there thrills” 8/10 – uncut “genuine weirdos don’t come around that often; we should appreciate this one while he’s here” 8/10 – nme. 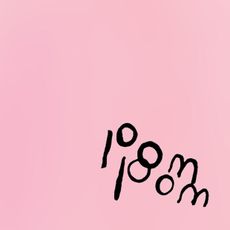