24 Karat Gold - Songs From The Vault

“most of these songs were written between 1969 & 1987. one was written in 1994 & one in 1995. i included them because they seemed to belong to this special group. each song is a lifetime. each song has a soul. each song has a purpose. each song is a love story… they represent my life behind the scenes, the secrets, the broken hearts, the broken hearted & the survivors. these songs are the memories - the 24 karat gold rings in the blue box. these songs are for you,” commented nicks. the packaging includes never before seen polaroid photos taken by nicks throughout her career. 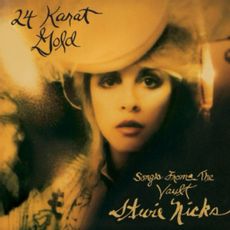