The Curse Of Love

recorded on a tascam 8-track recorder in a period between the release of ‘the invisible invasion’ (2005) & ‘roots & echoes’ (2007), this lost album is none the worse for its raw recording & diy spirit. in fact it's refreshing & revitalising to hear them, once again, in the classic form of their heyday. 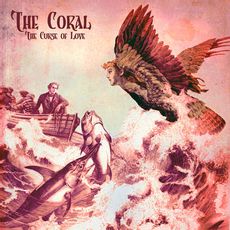