The EP is frequently viewed as a bridge from the group's Joy Division past towards the more electronic sound that they would become famous for. It also marks the band's break from producer Martin Hannett, who had produced Movement and both of Joy Division's studio albums. While Hannett produced "Everything's Gone Green", "Procession" and "Mesh"; “Hurt” and “Temptation” were produced by the band themselves. Bernard Sumner remarked: "Martin's last track was "Everything's Gone Green" – fact he walked out halfway through the mix because Hooky and me asked him to turn the drums up". Rising from the ashes of the legendary British post-punk unit, Joy Division, the enigmatic New Order triumphed over tragedy to emerge as one of the most influential and acclaimed bands of the 1980s; embracing the electronic textures and disco rhythms of the underground club culture many years in advance of its contemporaries, the group's pioneering fusion of new wave aesthetics and dance music successfully bridged the gap between the two worlds, creating a distinctively thoughtful and oblique brand of synth pop appealing equally to the mind, body, and soul. (Allmusic.com) 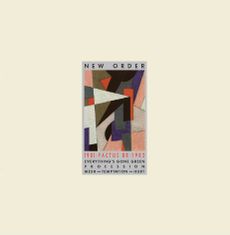